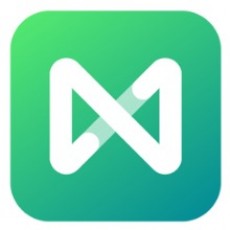 段首句
There are different opinions among people as to ____ .Some people suggest that ____.

关于……人们有不同的观点。一些人认为……
There is an old saying______. It's the experience of our forefathers，however，it is correct in many cases even today.

现在，……很普遍，许多人喜欢……，因为……，另外（而且）……。
Everything has two sides and ______ is not an exception，it has both advantages and disadvantages.

人类正面临着一个严重的问题……，这个问题变得越来越严重。
______ has become a hot topic among people，especially among the young and heated debates are right on their way.

……已成为人的关注的热门话题，特别是在年青人当中，将引发激烈的辩论。
______ has been playing an increasingly important role in our day-to-day life.it has brought us a lot of benefits but has created some serious problems as well.

中间段落句
On the contrary，there are some people in favor of ___.At the same time，they say____.

然而，正如任何事物都有好坏两个方面一样，……也有它的不利的一面，象……。
Nonetheless, I believe that ______is more advantageous.

段尾句
As far as I am concerned, I agree with the latter opinion to some extent. I think that ____.

至于我，在某种程度上我同意后面的观点，我认为……
In a word, the whole society should pay close attention to the problem of ______.Only in this way can ______in the future.

就我个人而言，我相信……，因此，我坚信美好的未来正等着我们。因为……
With the development of society, ______.So it's urgent and necessary to ____.If every member is willing to contribute himself to the society, it will be better and better.

随着社会的发展，……。因此，迫切需要……。如果每个人都愿为社会贡献自已的一份力量，这个社会将要变得越来越好。
For my part, I think it reasonable to_____. Only in this way can you _____.

在总体上很难说……是好还是坏，因为它在很大程度上取决于……的形势。然而，就我个人而言，我发现……。
From what has been discussed above, we may reasonably arrive at the conclusion that____.

综上所述，我们可以清楚地得出结论……
If we can not take useful means, we may not control this trend, and some undesirable result may come out unexpectedly, so what we should do is_____.