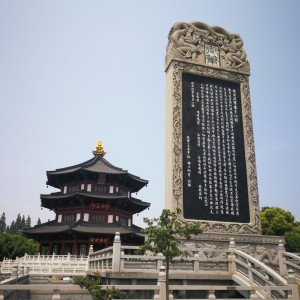 1.1. My favorite part was when Gatsby ran out of the house as Daisy Showed up to have tea with Nick . He came back after moment even paler than he was when he first showed and this time he was soaking wet. He was acting like complete child which made the scene funny and enjoyable . The way he was acting in this passage is the complete opposite of what he really acts like . He normally act all polite but leaves mysterious aura around him as he speaks and walks. In this passage he looked like he had just seen ghost...

1.2. The main events of the novel take place in the summer of 1922. Nick Carraway, a Yale graduate and World War I veteran from the Midwest—who serves as the novel's narrator—works in New York as a bond salesman...

Gatsby is a fantastic example of how human nature doesn’t change; the decadence and excess of Fitzgerald’s revellers – the flappers, the gangsters, the bankers and strivers – don’t look much different to the financiers and property-boomers of the late 90s and early 2000s. If Gatsby were alive now, his parties would be televised and sponsored and featured on E! online, and he’d work the City; he’d have sold dodgy mortgages and tried to whisk Daisy off to Dubai for the weekend.

It’s partly based on real life. Scott and Zelda Fitzgerald moved to Long Island in the early 1920s, where they were surrounded, like Nick Carraway, by enormous estates and mansions. Gatsby’s vulgar ‘new money’ found its real-life counterpart in the denizens of Great Neck, where the Fitzgeralds settled, while the inherited wealth of the Buchanans was more at home over on Cow Neck – or, in Gatsby’s world, East Egg. Some of the possible inspirations for the house still stand today, like Oheka Castle in Huntington. So if you’ve ever wondered about the lives of the great and the glorious…

We’re staunch advocates of reading the book, no matter how much you enjoyed the film; in the case of The Great Gatsby, we’re joined in this by Zelda Fitzgerald, the author’s wife, who said of the 1926 adaptation (directed by Herbert Brenon) that it was ‘ROTTEN and awful and terrible’; the couple walked out of the screening. It was filmed again in 1949 (dir. Eliot Nugent) and 1974 (dir. Jack Clayton), the latter version from a screenplay by Francis Ford Coppola. Coppola, disappointed by the result, said, ‘The script that I wrote did not get made.’ Of Luhrmann’s production, the New York Times advised that it was best enjoyed if the viewer ‘put aside whatever literary agenda you are tempted to bring with you’. We say, then, put aside the movies and read the book – the original and the best!

the name of the boy standing at the gate

1.a friend of my sister's

One and a hall apple is on the bed.一个苹果在床上

Many a teacher has arrived at the station.许多老师已到达了车站。

This kind of apples sells well in the market.=Apples of this kind sell well in this market.

A great number of students are on the playground,but the number of the students isn't clear.

Physics is difficult for me.物理对于我来讲很难。

Three years has passed since he left.自从他走后，三年过去了。

My family isn't a big one,and my family are always taking a walk after supper.我家人口很多，我家人常在晚饭后散步。

Not only the teacher but also his students are able to attend the lecture. 不仅是这位老师还有他的学生都能够听这场演讲。

He is the only one of the students who is late for school taday. 他是今天唯一上学迟到的学生。